Kids file into their classroom, nervous to meet the new teacher. But anxiety and apprehension quickly turn to curiosity and surprise when they see who it is — more accurately, what it is.

Greeting them is Robin, a 23-inch-tall humanoid robot with a friendly expression on its facsimile-of-a-face. It’s far more subdued-looking than other humanoids, some of which seem to be straight out of a psychedelic fever dream by Stanley Kubrick — or Sid & Marty Krofft. And that’s by design.

“Let’s play a game!” Robin excitedly tells the kids, who seem equally pumped — because, no doubt, they don’t associate the word “game” with the process of learning.

But as Robin leads them through one amusing activity after another, that’s exactly what they unwittingly do — learn.

“Let’s play another game,” Robin says, in Dutch, to a little boy. “Can you show me the red block?”

“Red block” is spoken in English.

The boy nods in understanding, picks up a red block and shows it to Robin.

Robin briefly looks at the block, recognizes it and says in Dutch, “Well done. And can you point at the yellow block now?” This time, “yellow block” is said in English. Again, the boy understands and locates a yellow block. 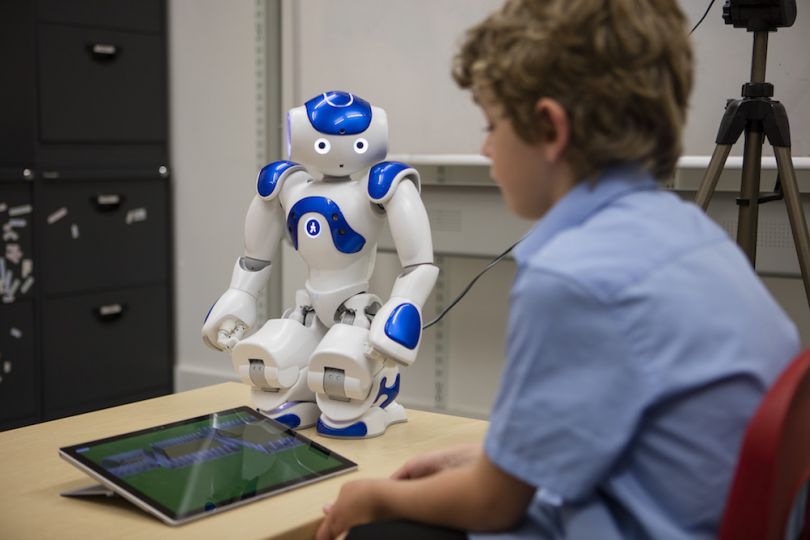 “Behind” is the next English word Robin teaches to its young pupil. It then asks him, in English, to place the “red block behind the yellow block.” As before, the boy understands.

During seven one-on-one lessons with Robin, the L2TOR subjects learned a total of 34 English words and helped demonstrate that a robot could effectively teach kids vocabulary. And that’s just one example of how robots are revolutionizing education.

Revolutionizing, not taking over. Robin and its ilk aren’t nearly advanced enough to make human teachers obsolete. Not yet, anyway. They will, however, serve as increasingly functional teaching tools.

Check out some other ed tech companies whose robots help students learn.

How it’s using robotics: Softbank is the company behind Nao, the robot used in the L2TOR project, as well as Pepper, a taller high-tech humanoid robot. Both have been deployed in a variety of industries ranging from retail to healthcare, but Softbank thinks its inventions could also work well in the classroom. As teaching assistants for STEAM (Science, Technology Engineering, Arts and Math), they can serve as customized instructors for individuals or groups, engage with students to enhance social and emotional skills and keep detailed data on their interactions so teachers can track student development.

How it’s using robotics: An MIT spinoff, Personal Robots Group does robotics research and engineers a variety of robots. One of them is a fuzzy social robot named Tega. Social robots are meant to promote interaction between humans and robots. This one specifically is a learning assistant that engages kids in educational activities — in part by upping the fun factor. Other PRG work focuses on using the company’s robots to help kids learn a second language.

How it’s using robotics: Kaspar (which stands for Kinesics and Synchronization in Personal Assistant Robotics) is a project from the University of Hertfordshire. A doll-like humanoid, Kaspar helps teachers and parents support children who have autism or other communication difficulties. While its ghostly appearance might seem creepy, Kaspar was intentionally designed with a minimally-expressive face because autistic kids often have trouble reading expressions and interpreting tones of voice. 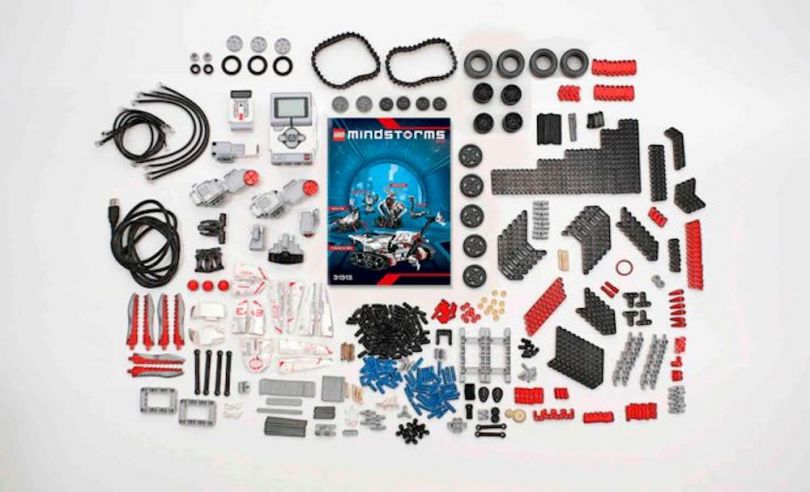 How it’s using robotics: In 1984, an MIT professor designed a programming language for children that could be used to make robot “turtles” move in a certain direction, turn around and draw things. Lego CEO Kjeld Kirk Kristiansen learned about the experiment and thought his toy bricks could benefit from the same technology. Lego’s collaboration with MIT eventually became known as Lego Mindstorms, a line of programmable Lego robots designed to interest kids in STEM (Science, Technology, Engineering and Math) and computer programming. The company envisions home and classroom applications, and there are even international Lego robotics tournaments as part of the First Lego League. 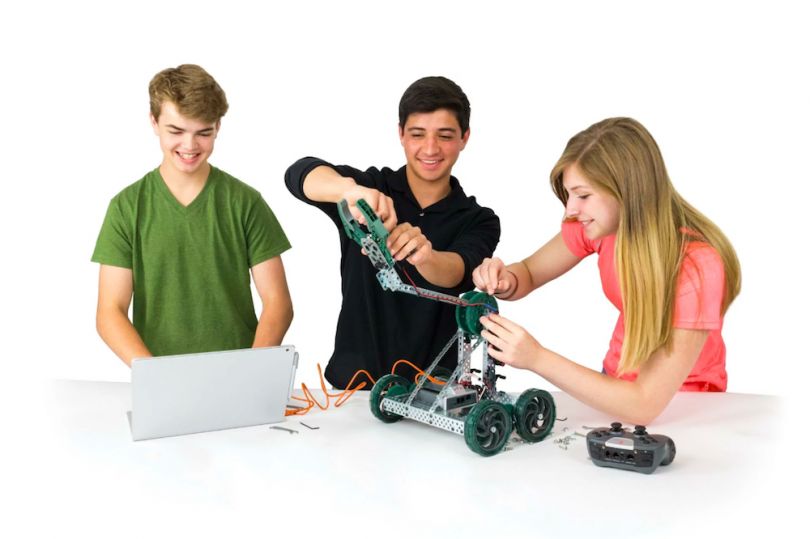 How it’s using robotics: Vex Robotics aims to interest students in STEM by teaching them to build and program robots. The company offers an array of robotic products for students of different ages as well as a curriculum for educators to use as a guide. Its annual VEX Robotics Competition hosts entrants (elementary age through college) from around the world who vie for top honors in robotic construction, design and programming. 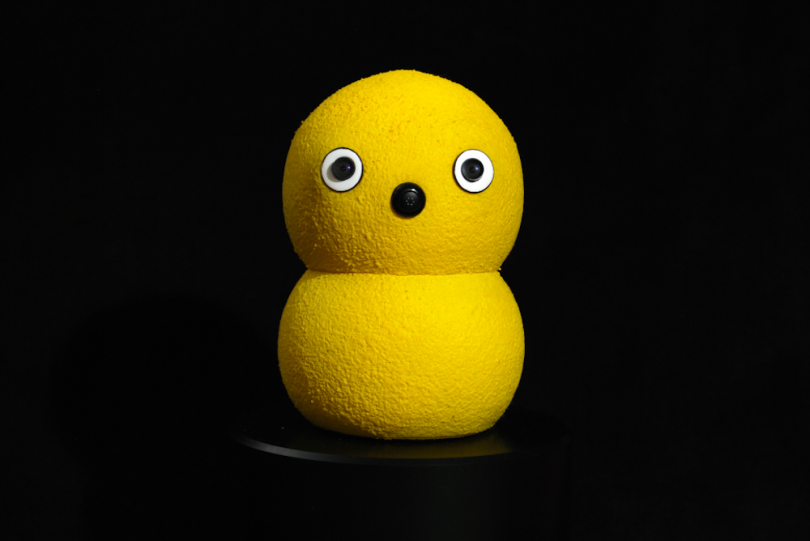 How it’s using robotics: BeatBots is the company behind Keepon, which achieved a degree of internet fame for its love of the band Spoon. A small yellow robot, Keepon was originally designed by Hideki Kozima to promote social interaction and communication skills among children with developmental difficulties. While its commercial version is used in classrooms and by therapists, its consumer model (MyKeepon) is available to anyone.

Will robo-teachers displace human ones?

Remember how Robin the Robot taught kids all those vocabulary words? Well, it turns out that a tablet-based vocabulary game can do the same thing — no robot necessary. So your kid’s favorite math teacher is safe. For now.

A much more likely scenario, and one that’s already begun to play out, is that robots will complement teachers instead of replacing them. They’ll act as stand-ins when students need one-on-one sessions. They’ll engage students in novel ways.

“Teachers, tutors, parents, and other caregivers are irreplaceable. Despite all the research that seems to point to the conclusion that robots can be like people, there are also studies showing that children learn more from human tutors than from robot tutors,” writes Jacqueline M. Kory-Westlund, a former member of MIT’s Personal Robots Group.

“The role we foresee for robots and similar technologies is complementary: They are a new tool for education… they can provide new activities and new ways of reaching kids. We think robots could supplement what caregivers already do, support them in their efforts, and scaffold or model beneficial behaviors that caregivers may not know to use, or may not be able to use.”

Another take, from a story on futurism.com titled, “The solution to our education crisis might be AI,” acknowledges that teaching isn’t necessarily one of the many professions poised for an artificial intelligence shakeup. Then again, it doesn’t downplay that scenario, either. Here’s an especially pertinent excerpt:

Students all learn differently, and a good teacher must attempt to deliver lessons in a way that resonates with every child in the classroom… The job demands that teachers have nearly superhuman levels of empathy, grit, and organization. Creating robotic teachers that can meet all these demands might be challenging, but in the end, could these AI-enhanced entities solve our most pervasive and systemic issues in education?

The answer to that last question is a resounding maybe. Particularly in light of America’s teacher shortage — which can and does result in larger classes and the hiring of inexperienced or unqualified candidates — it goes to reason that any help is good help, robotic included. 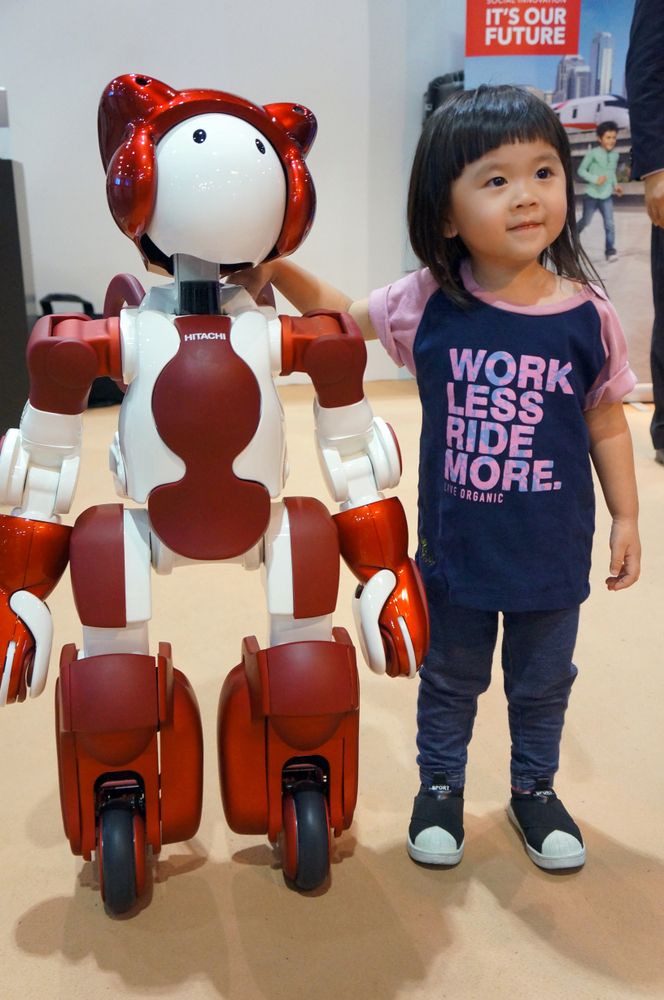 In addition to their purely instructive abilities as teaching assistants, studies have shown that robots can also teach young children empathy and social skills by encouraging personal relationships between child and humanoid (which, some say, isn’t without drawbacks). That’s important on its own, but it also helps the educational process. As ever, students learn best when they’re positively engaged.

“Do you think Robin the Robot is more human than an object?” a teacher asked students during the L2TOR project.

No, one child replied, “because it is a robot, it can’t be a human!”

Yes, another said, “because humans can talk too.”

The teacher then asked, “Do you think Robin the Robot can recognize you?”

Both students answered yes. And it’s true — Robin can address individual students by name because it’s equipped with advanced speech recognition capabilities and recognizes 20 languages. It also is covered with touch sensors, sports directional microphones/speakers and has two cameras that can discern shapes, objects and people.

And let’s not forget the cuddly factor. That’s right, cuddly. You might be surprised to learn that robots can even inspire love — or at least strong emotional attachment.

At the end of an L2TOR promo video, kids line up to kiss Robin goodbye. In another video, a girl puts her arm around Tega the robot mid-lesson.

The robots can’t actually sense their affection, of course. But they’re built to seem receptive to it. And for now, that’s good enough. 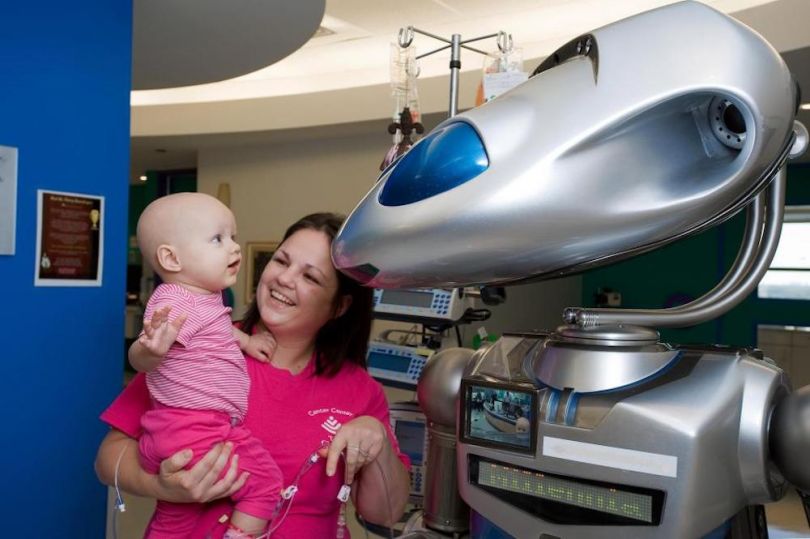 How it’s using robotics: International Robotics Inc. has been in the robot business since 1975, and its creations have done everything from opening for James Brown to appearing on an episode of MTV’s Punk’d. More practically, they’ve also been used to great effect in the classroom — particularly with special needs children. In several cases, kids with autism were more comfortable communicating with robots than with adults. (IRI’s founder Robert Doornick used to work in the special education field, which inspired him to create Millennia.) Controlled by humans, the company’s robots reportedly have succeeded in bridging the communication gap when face-to-face interaction has failed to do so.

Culled from builtin.com by Gordon Gottsegen